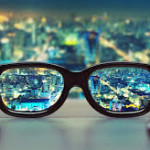 Everything starts with the mind, there is a saying that goes “Whatever the mind can conceive, it can achieve.” Realizing this power of the mind is very essential to being able to actually create the success and prosperity you desire. It plays a prominent role in everything we do; to accomplish anything, first, you must conceive it in your mind.
Once upon a time, there was a little boy called Ebun; he was brought up with very little or nothing. Ebun’s parents did not have enough to raise their kids, leaving him with no other option but to attend a public school. This did not stop him from having fantastic grades at school. While in secondary school; he was always among 1st, 2nd and 3rd positions in class, he was one of the best students at school. After secondary school, Ebun’s parents could not afford to send him to a higher institution so he stayed at home and assisted his dad, doing odd jobs here and there, just to make a living. When Ebun turned 18 years old, he decided to get a job. With the help of a family relatives and friends he got a job which attracted a remuneration of just twenty five thousand naira monthly.

Ebun did not care how small it was, he worked like his life depended on it, and was very quick to adapt to whatever situation he found himself. After working for a few months, he enrolled in a part-time programme at the University. He did this for 4 years, while still working hard at his job and graduated with a second class upper division. He then applied for a better job with a much bigger remuneration package, he got the job, worked very hard at it and now he is a successful young man with a good life.
The moral of this short story is that, even at the tender age of 18, Ebun had the right MINDSET, he understood his family’s situation early enough and searched for and found possible solutions and he literately “took the bull by the horn”. He did not allow the many challenges and negative conditions; deter him from being the successful young man he always wanted to be. Ebun recognized the power of the mind early enough and he developed a positive mindset. He was able to identify his obstacles and he overcame them.

A scholar named DWECK says MINDSETS is of two kinds; 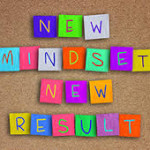 Secondly, the growth mindset: which is based on the belief that your basic qualities are things you can cultivate through your efforts. Although people may differ in many ways — in their initial talents and aptitudes, interests or temperaments — everyone can change and grow through application and experience. This is the mindset Ebun had towards life.
The point is that,” in the fixed mindset, everything is about the outcome. If you fail or if you are not the best, it is all been wasted; while the growth mindset allows people to value what they are doing regardless of the outcome”. More often than not, the desired outcome follows!
Here is the great news! If you are in a fixed mindset now, you are not stuck there forever. “You have a choice,”Mindsets are just beliefs. They are powerful beliefs, but they are just something in your mind, and just like Ebun, you too can change your MINDSET!!!